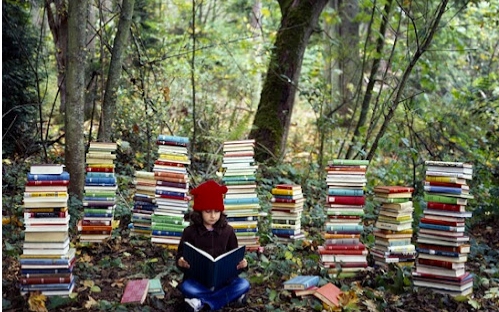 I don’t ever remember hearing about Eileen Garvin’s book, or reading about it in some bookstore review, or receiving an email alert from some site’s “Recommended for You” feature. I simply remember thinking, “Oh my gosh!!  FINALLY!!” and staring, delirious amounts of hope pumping through me, at the two little girls on the cover.

There was no way I could have known that, in 2011, I wasn’t ready for Eileen Garvin’s book.  I closed the cover on “How to be a Sister: A Love Story with a Twist of Autism” and wanted to cry, scream, and—had it not been so sacrilegious against all books—throw the copy against the wall.

I was critical to an arrogantly persnickety level:  “The back-and-forth between past and present was dizzying!”  “RIGHT at the end, change the narrative from third to first person?!  That’s not allowed!”  “It was SO. RANDOM.  None of her stories connected to anything except, “Oh this happened because my sister’s autistic.”  We get it.”  “Who died and made her ‘Queen of Sibling Relationships?!”  “There are literally NO commas separating her clauses!”  Had Eileen herself walked into my room at that moment, I would have laughed in her face.  I vowed never to read her book or mention it to anyone again.

Well.  Four years later, I wanted to read it again.  The allure of my “self-banned book” whispering to me, I was curious to reassess such powerful dislike for a book when I’d just finished writing my own book about growing up with an autistic sister.  The subject matters were identical, so why did I hate it?  I picked it up again, reversed the curse, and decided to give the book another read.

The second time around, my pen nearly ran dry from all the underlining and margin notes I scribbled.  Icons like stars and hashtags, words like “yes!” and “true!” marked the paragraphs where I related, almost identically, to Eileen’s own experiences, reflections, frustrations, and insights.

What had changed the second time, when I read the book at twenty-five?  For starters, my age, and therefore my experiences.  Time had created some distance and maturity of perspectives from when I’d first read the book.  The difference was like walking a cobblestone street in stilettos, and then blaming the street for a broken ankle.  Nowhere in my twenty-one-year-old consciousness had there been room to entertain the possibility I simply needed to change the way I traveled along the road.

At twenty-one, I was belligerent and argumentative with anyone who dared tell me they “understood” my sister’s and my situation.  Never would I ever have given anyone the credit that they “totally got” my very unique circumstance.  By the same token, I tired of people discussing their own experiences without offering me some insight I might take for myself.  When Eileen discussed that this was HER situation, HER fight and battle, HER sister, HER attempt to create a relationship with Margaret, I rolled my eyes at her disconnection from all the other Siblings, like myself, who were looking to her to tell them “how to be a sister.”  But had she tried, I would have barked back that she had no right to tell ME “how to be a sister” because she didn’t know me at all!

I wasn’t ready for this book at twenty-one.

When I read Eileen’s book at twenty-five, I connected with her vignettes, visualizing my own sister and my own memories with her that were colored with the same concepts.  Perhaps my sister never obsessed over records the way Eileen’s sister, Margaret, did, but my sister held on to a backpack or bag du jour like it carried the Secret to Life.  If that bag got lost, SHE lost her shit.  Perhaps my sister never threw up her dessert in a restaurant like Margaret did, but there were plenty of restaurant visits where screaming, bolting, and crying all came before the waitress ever took our orders.  Maybe my sister couldn’t talk the way Margaret could, but to Eileen and myself, the struggle to connect emotionally with our sisters was only slightly less impossible than teaching pigs to fly.

I related to Eileen in a way I hadn’t allowed myself to relate to her four years ago, probably because I was stuck in what she accurately referred to as the “hope that was, more likely, denial.”  I hadn’t come to the realization yet, as she had, that there was no right way “to be a sister.”  I read the title of her book as a self-help manual, an answer guide, which she herself admitted to have once longed for and desired.  I never read it as a question, one she asked herself, but instead read it as a statement she was imposing on other sisters.

At twenty-one, I was caught up in my Abnormal Psychology classes, convinced that I held the key to my sister’s autism, which Eileen admitted she’d long realized she could never have.  I didn’t want to read that someone so relatable to me had accepted the feelings I feared.  And I didn’t even want to admit I feared them.  So it was easier to hate Eileen’s story for being the “other,” the “wrong” kind of way to accept being a sister to an autistic girl, and to detach myself from her story, as relatable as it was to mine.  It would have challenged me to accept, as she had, that I had no magic spell, and had no hope of ever coming to one.

My own book about growing up with my sister has stylistic elements similar to Eileen’s because, just as she did, I longed for a connection with a sister whose emotional desires were impossible for me to read.  The last chapter of Eileen’s book is written in first person, from Eileen to Margaret, the same way the first person diary entries in my book, written from me to my sister, offset the third person accounts written about her.  I saw that Eileen and I possessed a similar desire and anxiety: a true intimacy with someone who cannot cross the threshold of social connection in the way we neurotypicals want and do.

Somehow, someway, in the four years between my two readings, I’d come to the maturity of understanding the only experience I could talk about was my own, not to discredit the experiences of other Siblings, but rather to give them a reference, a glossary of concepts and feelings from which they could extrapolate and to which they could relate.

“I always thought I just needed to try harder . . . If I try harder, we will get along and be happy.  I’m just not being patient enough, smart enough, diligent enough.  I’m borne forward on the false hope that you will get better someday.  Somehow, there will be a measurable improvement if I just keep trying.  Be a better sister.  Help your sister.  Take care of your sister.  You’re not trying hard enough.

“I looked at you and thought, ‘This is it.  This is you, and here I am.  This is what we’ve got.  And it’s got to be enough, because this is all there is . . .’  I had been completely wrong about all of it.  Your autism was nothing special, nor was the chaos it brought into this family.  It was just life.  We had it worse than some, better than others.  There was nothing to wait for.  This was it.” (pp. 247-48)

The sharing of our experiences is the only thing we Siblings can do, but if we’re open to it, it can be a tremendous gift for all involved.  That’s what Eileen Garvin did—accept and learn from her circumstances as they were—and what she tried to do for me four years ago.  I just didn’t understand it at the time, but she was telling me I was exactly as I needed to be, and that I could put down my boxing gloves and stop fighting with my shadows.

Reach out to Jaqueline’s organization, The California Sibling Leadership Network, and read these and other blog posts about Siblings, by Siblings, at http://www.casln.org.  Fill out the form below for more information.

The year was 2011.  I, a bright-eyed and bushy-tailed senior at the University of Southern California, walked into one of my last Writing 340 classes of the semester.

“Hi Professor!  I have an idea for my creative project!”

The idea was a blog, and the idea was born in a coffee cup.  I’d been staring into mine the previous night, wondering what my “takeaway project” was going to be once I exited those exposed-brick, hallowed halls.

“I’m going to write about my sister!”

That was about all the clear objective I possessed.  Years of growing up with a sister with autism had shown me I had a lot to say,  and I was going to find out a way to say it all . . . somehow.